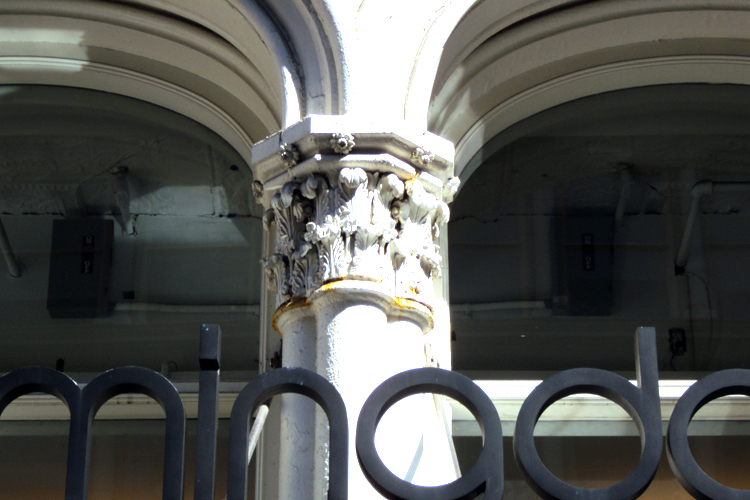 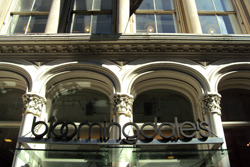 502 Broadway was one of the earliest cast-iron commercial buildings to be developed in Soho. The building was erected in 1860 by John Kellum & Son architecture firm, just as Broadway was beginning to transform into a Mecca for retailers and shoppers. The fourteen-foot tall two story arches over the windows gave rise to the “Sperm Candle Style”, after those slender torches cast from spermaceti wax drawn from whale oil. Originally the building was C.G Gunther’s Sons Store.

Starting in the 1850s, Soho began its transformation into a commercial district. Broadway was transformed from a street of small brick retail shops into a boulevard of marble, cast-iron, and brownstone commercial glitter. Lord & Taylor, Tiffany & Co, and E.V. Haughwout were some of the premier retailers that established stores on or near Broadway during this time. The building at 502 Broadway was built by John Kellum & Son in 1860 just as window shopping was becoming fashionable on Broadway.

Kellum was born in Hempstead, Long Island in 1809. He was trained as a carpenter and but largely self-taught as an architect. Well-established New York architect Gamaliel King took him into partnership in 1846. King was engaged in constructing Brooklyn City Hall. Kellum worked as the onsite supervisor on the project. King and Kellum earned a reputation for designing the early cast-iron commercial buildings that redefined New York City’s cityscape. Kellum left his practice with King in 1859 to start a new practice in partnership with his son. John Kellum & Son designed a number of commercial structures during the 1860s.

Originally the building was C.G Gunther’s Sons Store. Since then various retailers have occupied the space. The Canal Jean Company was a tenant until recently.

The early cast-iron commercial gem located at 502 Broadway was designed in Neo Renaissance style. Cast-iron worked elegantly for the large ground floor windows, which dazzled shoppers. The building was uniquely designed with slender two story arches exquisitely worked in stone, not cast-iron, over the windows. The fourteen-foot tall columns used within the arches were smooth and pristine white when new which gave rise to the “Sperm Candle Style”, after those slender torches cast from spermaceti wax drawn from whale oil. The building also has an ornamental cornice and articulated keystones.