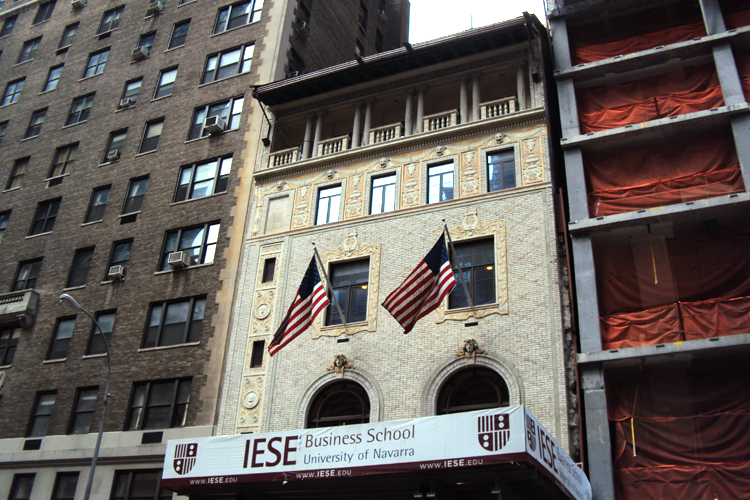 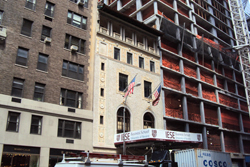 165 West 57th Street was originally erected as the home of the Louis H. Chalif Normal School of Dancing in 1916. Louis Chalif (1876-1948) was a celebrated Russian ballet dancer who immigrated to the United States in 1904. He began teaching soon after settling in New York, establishing his school in 1905. Chalif lost the building to foreclosure during the Great Depression. The building was later owned by Carl Fisher, a prominent American music publisher and is currently owned by Columbia Artists Management Inc. (CAMI). The building was designated a landmark in 1999.

Louis Chalif (1876-1948) was born in Odessa, Russia. He trained in ballet and worked as a professional dancer in Russia before immigrating to the United States in 1904. He described himself as a graduate of the “Russian imperial ballet school”. Shortly after settling in New York he began teaching, establishing his school in 1905. In 1909, he won a significant size contract instructing several thousand children in various international folk dances for a public festival. Chalif offered instruction in interpretative, aesthetic, racial and ballroom dancing. The Chalif School was one of the first dance schools in the country to instruct both student and teachers. Consequently, he was a major influence on the American education system.

In 1915, Chalif hired George and Henry Boehm to design a new building for his dance school and residence. Chalif choose a location on 57th between Sixth and Seventh Avenue, right in the heart of the new arts district for his new building. The Boehm Brothers remained in partnership from 1912 to 1927. George Boehm had earned a name for himself for his design of the Jewish Forward Building in 1912.

The Chalif School remained in the building until 1933. A year later, during the Great Depression, Chalif lost the building to foreclosure. The school remained open, even after Chalif’s death, until 1955. The building, however, was acquired by Carl Fisher in 1946. Fisher was a prominent American music publisher and operated a retail outlet and concert hall out of the building until 1959. That year Fisher sold the building to Columbia Artists Management Inc. (CAMI), one of the world’s most influential management and booking firms specializing in classical music, theater, opera and dance. CAMI used the building as its headquarters and a recital hall. The architect William Lescaze was hired to redesign the façade on the ground floor in a modern style. However, the original design was later restored by architects Marlo and De Chiara in 1983; though, limestone was used instead of marble.

The building remains in ownership of CAMI. Though, air rights have recently been sold to Intell Management and Investments, who owns the adjacent building. The Chalif School building was designated a landmark in 1999. Inside, a portion of the ballroom, the arched ceiling in the rear section of he second floor, and the turquoise and yellow panted plaster remains from the building’s days as a dance school.

The brick and polychrome terra cotta building was produced in a modern style. The asymmetrical façade towers five stories high with each level being different in height. The ground floor is constructed of soft white marble. On the second floor there are two double-height windows, which provided ample light to the ballroom. The upper stories are clad in a tan-gray colored brick, laid in a diamond pattern. Polychrome terra cotta with classical and theatrical references accents the building along with Italian Renaissance inspired motifs. The top floor is capped with an open colonnaded loggie and overhanging copper cornice.