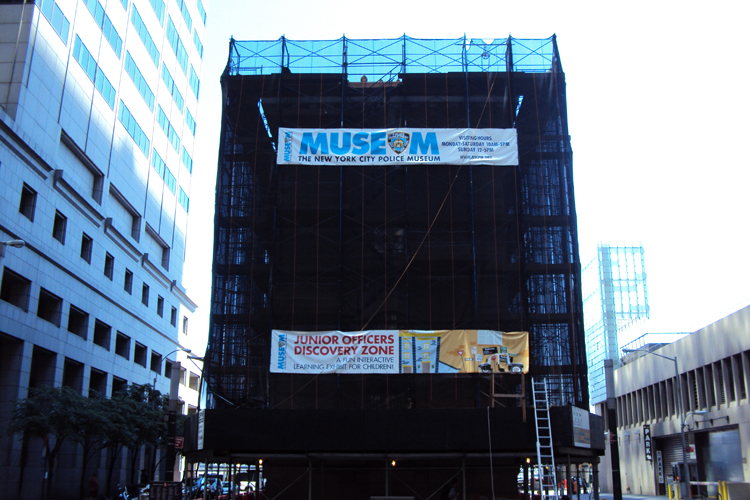 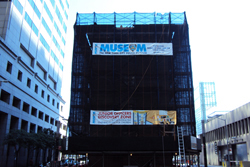 100 Old Slip was built as the home of New York City’s First Precinct. The building was built between 1909 and 1911 by Joseph and Richard Hunt of the architecture firm Hunt & Hunt. 100 Old Slip got its name because it was located by one of Manhattan’ original inlets or “slips” where boat’s docked. The First Precinct was housed here until 1973. From 1993 until 2001, the office of the New York City Landmarks Preservation Commission was based out of 100 Old Slip. Today, The New York Police Museum occupies the space.

The building at 100 Old Slip was constructed from 1909 to 1911 as New York City’s first modern police station and the new home of the First Precinct. 100 Old Slip got its name because it was one of the original inlets or “slips” on Manhattan’s southern tip where boat’s docked. The inlet was filled in 1934 during the construction of Franklin D. Roosevelt Drive (then East River Drive). The foundation of the old stationhouse that the building replaced was used to support the new structure. The old stationhouse had been built in 1884 on the site of the former Franklin Market. Joseph and Richard Hunt of the notable architecture firm Hunt & Hunt designed the building. The Hunt brothers both followed their father’s footsteps into architecture. Their father, Richard Morris Hunt (1827 — 1895), was considered the first American Beaux-Arts architect. Both Richard and Joseph studied at the École des Beaux-Arts, as their father did. After the building’s inauguration, police chiefs from all over the country visited the stationhouse to get ideas for their own stations. 100 Old Slip housed the 1st Precinct until 1973. That year the 1st and 4th Precincts were merged. The 1st Precinct kept its name but the personnel was moved to the larger 4th Precinct stationhouse. Then from 1993 until 2001, the building housed the office of the New York City Landmarks Preservation Commission.

In December of 2001, 100 Old Slip was converted into The New York Police Museum and dedicated by Mayor Rudolph W. Giuliani. The museum opened in the spring of 2002. Vehicles, photographs, uniforms, badges, and weapons from the past 100 years are on display at the museum. The New York Police Museum is comprised of three floors, which are divided into sections. Each section is dedicated to specific theme such as weapons, transportation, and badges. As of August 2011, 100 Old Slip was being renovated and was hidden under scaffolding.

New York’s first modern police station was designed in Neo-Italian Renaissance style, reminiscent of the Palazzo Riccardi in Florence with its symmetrical composition and dominating cornice trim along the roof. 100 Old Slip was designed with evenly spaced windows, a rhythmic series of tall arches, and diminishing floor heights. The building’s distinctive profile along with its rusticated granite walls creates the visual power of a fortress.