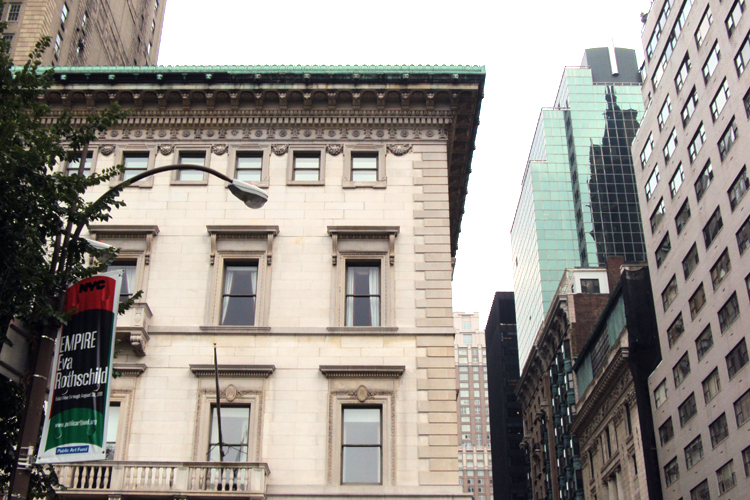 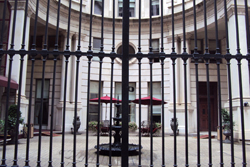 Around the turn of the 20th century, there was an influx of mansions along with social clubs on the Upper East Side. However, established society was not open to allowing new society into their clubs. This didn’t sit well with J.P Morgan and his pals. They established The Metropolitan Club 1891 with J.P Morgan as the first President. McKim, Mead and White architectural firm was commissioned to design the grandest clubhouse of them all. The clubhouse was officially turned over to its members on Feb. 27th, 1894. The club remains one of the most elite in New York.

Around the turn of the 20th century, it became fashionable to build mansions on the Upper East Side. The influx of wealthy residents brought with them their clubs, one of which was the Metropolitan Club. Other notable clubs included the Knickerbocker Club, Harmonie Club, and the Colony Club. However, established society was not openly willing to allow the new society of bankers and financiers into their clubs. This didn’t sit well with J.P Morgan and his pals.

On February 20th, 1891, a meeting was held at the Knickerbocker Club. In attendance was such prominent New Yorkers as financier J.P. Morgan, William K. Vanderbilt (Cornelius Vanderbilt’s grandson), and James A. Roosevelt (U.S. President Franklin D. Roosevelt’s son). On that evening, the articles of affiliation were signed, officers elected, and The Metropolitan Club was formed. J.P. Morgan became the first President. Less then a month later, financing for the clubhouse had been secured through member contributions. The land that the club was built on was acquired from the Duchess of Marlborough, who signed the purchase agreement at the U.S Consulate in London.

Morgan commissioned Stanford White, of McKim, Mead and White architectural firm, to design a club that was bigger, better, and gander then all the others. McKim, Mead and White was a prominent American architecture firm at the turn of the twentieth century and lays claim to some of New York’s most prominent buildings. Three years were required to build and furnish The Metropolitan Club. The furnishings were typical of a traditional men’s club. On February 20th, 1894 the first dinner was held at the clubhouse. The press reviewed the building on February 26th and on the 27th, the clubhouse was officially turned over to the members.

Today, The Metropolitan Club is still one of the most elite social clubs in New York City. However, it is no longer a male-only club.

The grand clubhouse sitting on the northeast corner of East 60th Street and Fifth Avenue was designed in neo-Italian Renaissance style, of which the architecture firm of McKim, Mead and White, whom designed the building, were masters of. The structure is four stories high and stretches five standard window bays wide on the Fifth Avenue façade and seven on the 60th Street façade. There are balconies for the central widows of each façade on the third floor and longer balconies that stretch across the three central windows on the second floor. The clubhouse has a detailed overhanging rooftop cornice.